Prime Minister Narendra Modi today announced a Rs 1,000 crore relief package after visiting the storm-affected areas.  PM Modi boarded a helicopter from Bhavnagar and made an aerial inspection of the hurricane affected areas.

PM Modi reached Ahmedabad after conducting an aerial inspection of the storm-affected areas in Gujarat and gave a comprehensive review of the situation and details of the situation in a high level meeting. Chief Minister Vijay Rupani, Chief Secretary Anil Mukim, Chief Minister’s Principal Secretary Kailas Nathan  Kumar Health Front Secretary Dr. Jayanti Ravi as well as Relief Commissioner Harshad Patel and Science Technology Secretary Harit Shukla were present at the meeting and briefed the Prime Minister on the hurricane situation in the state.
The hurricane hit the coast of Saurashtra and caused havoc in many places.  From Saurashtra to many districts of South Gujarat, 5 inches of rain has fallen in 8 hours.  Roads have also been blocked in the event of trees collapsing due to strong winds.  Rainfall has been recorded in Bhavnagar, Valsad, Surat, Amreli, Bharuch, Anand, Ahmedabad and other districts in the state.
Ahmedabad has announced this big relief package.  Rs 2 lakh has been announced for the families of those killed in the hurricane and Rs 50,000 for the injured.  It may be mentioned that the Prime Minister was on a visit to Gujarat since this morning.  He made aerial inspections of the hurricane-affected areas. 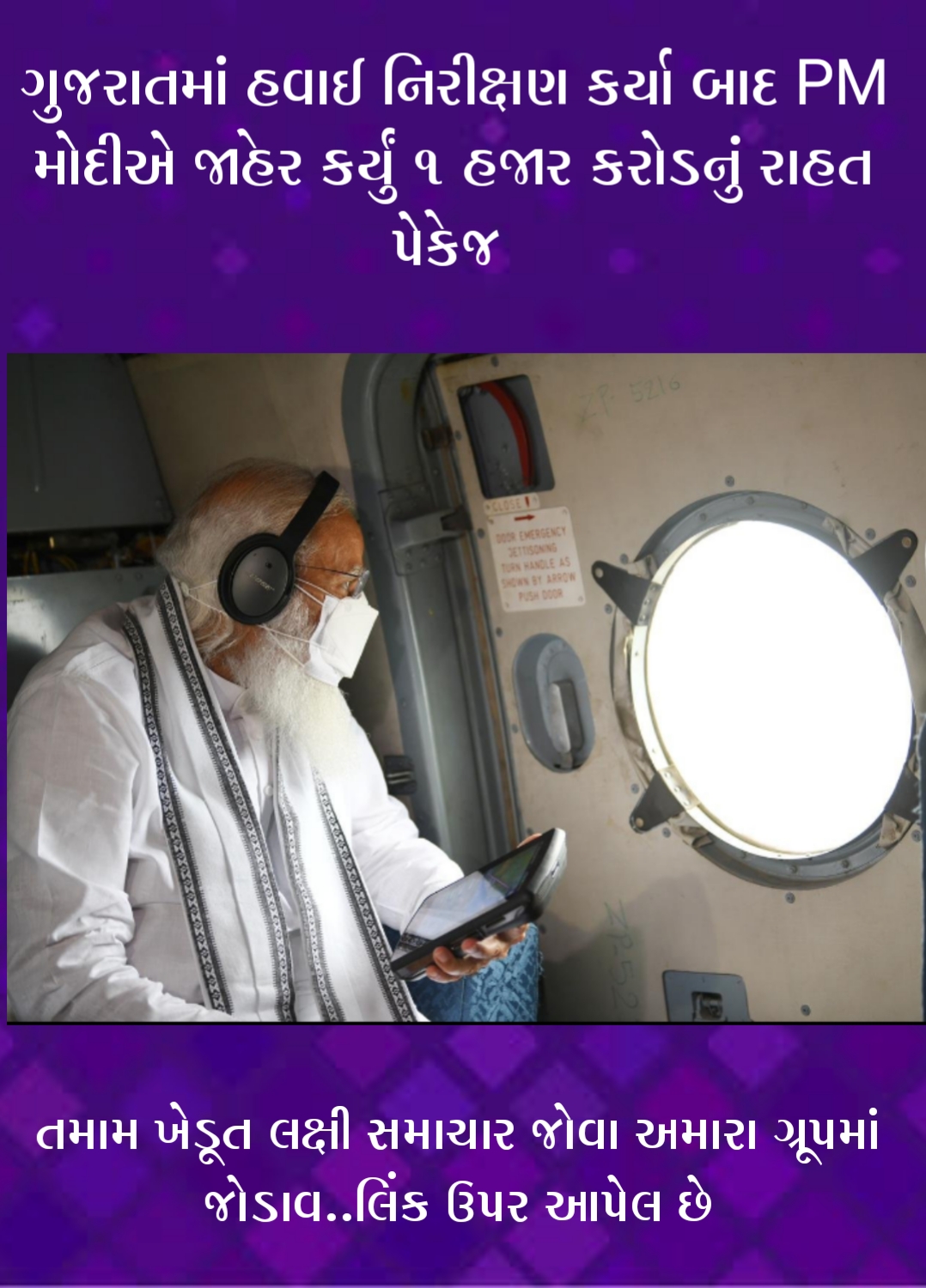